LMP applies the principles of Logic Programming to Model Driven Engineering. In a few words, each model is expressed by a list of prolog facts and each processing function is implemented as a list of prolog rules. Applying the rules to the predicates will produce the awaited result (verification report, target model, source code or documentation text). 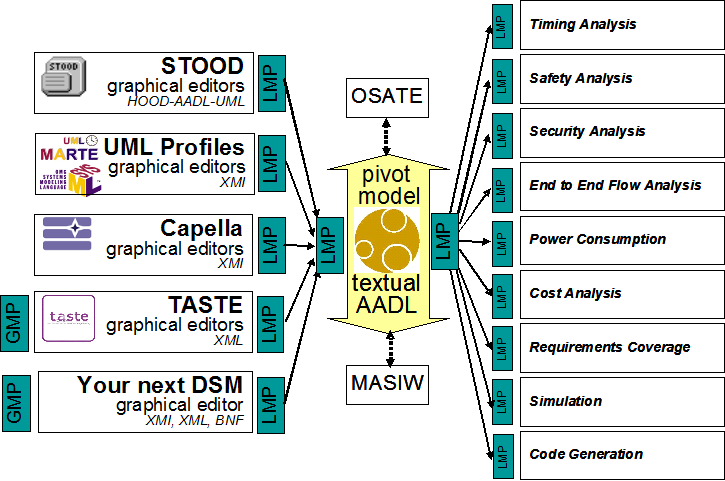 The LMP Dev Kit provides the LMP designer with a set of tools and libraries to increase the productivity and the quality of the development of LMP applications.
This toolbox is composed of three compartments:

Note: See TracWiki for help on using the wiki.